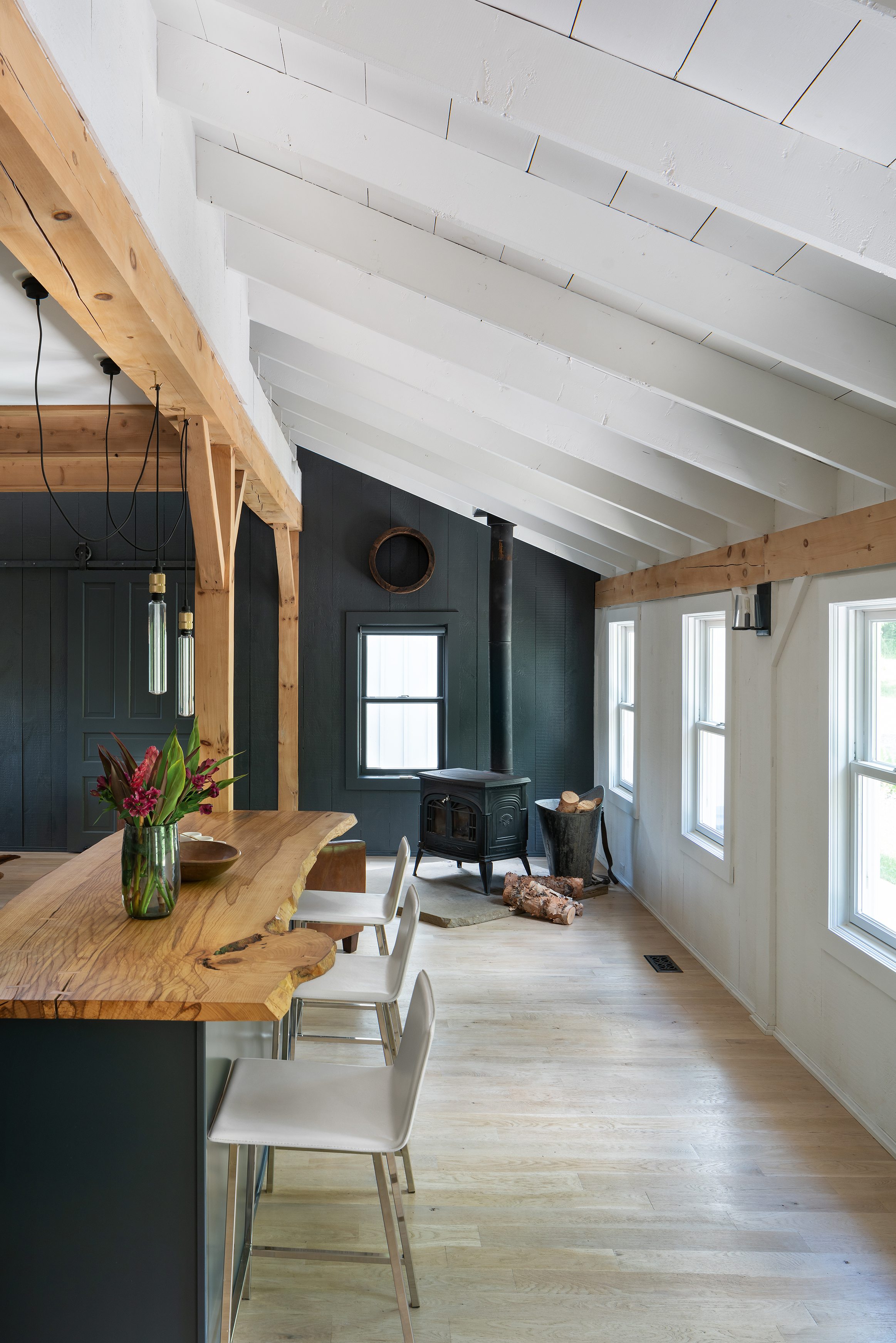 Combining a modern life with a true large-timber frame structure was a challenge worth undertaking.

Combining a modern life with a true large-timber frame structure was a challenge worth undertaking.  In some ways large-timber frame structures are easier to work in/around and in other ways more challenging.  The timbers invariably get in the way of where you'd love to have a wall light.  They can just as easily offer a more spacious cavity than a standard dimensional lumber structure.  Striking a balance between preserving the existing frame and highlighting it, and hiding it for a more contemporary look was half the battle with this project.

"Barn homes," timber frame living, and rustic living as a trend isn't going anywhere anytime soon.  It's more popular than ever.  We wanted to riff it ourselves, adding textural touches throughout that we hadn't seen before.  It took gentle nudging of the clients to head in a more serene direction that would kill off the trendy "barn home" vibe, shining a light on a style that works well no matter what the exterior looks like.

Two substantial additions were penned for both sides of the existing timber structure - a principal bedroom wing and a garage/mud room wing.  Those were designed as additions that seem like a natural progression of what was already on the land.  The bedroom wing was designed as a classic Bank Barn, complete with a walkout basement to the ground level.

Small, square awning windows were used extensively to act as sails for the wind.  When opened they capture wind sweeping across the facade of the house and direct it indoors.  We lined up window lines, stacking them over top of each other to simplify the exterior and give symmetry a chance to shine.

Granville Ohio is well known for its sandstone material and structures, so indigenous sandstone paving, foundation stone, and step lugs were used on the exterior to help tie the buildings to their habitat.

"Inspiration is for amateurs.  The rest of us just show up and get to work."

Someone Had To Do It